This case presents the nontraditional presentation and hospitalization course of a patient with chronic hypertension who developed spontaneous intracranial hemorrhage (ICH) masked by preeclampsia. ICH accounts for 5-12% of all maternal deaths [1]Unlike global stroke where about 87% of strokes are ischemic and 13% are hemorrhagic. [2]up to 66% of maternal strokes are hemorrhagic, including ICH and subarachnoid hemorrhage (SAH) [3]People who are in the postpartum period are at highest risk of ICH.Risk during the antepartum period is comparable to nonpregnant age-related populations [4,5]Most postpartum strokes occur within 2 weeks after delivery, and 50% of postpartum stroke readmissions occur within 8 days after delivery. [6]Hypertensive disorders of pregnancy, particularly pre-eclampsia and eclampsia, are the most important risk factors for pregnancy-related stroke, accounting for 25-57% of maternal strokes. [7]Postpartum headache is a common symptom in perinatal ICH patients. [8]An early evaluation for postpartum headache is usually done by an anesthesiologist to rule out headaches associated with dural puncture. However, it is very important to understand the risk factors, symptoms and consequences of ICH. Headache associated with ICH usually has an acute onset and severity, in contrast to the gradual onset and locational pain seen in postdural puncture headache. Timely identification and referral to the appropriate team of potential significant causes of headaches is essential. This is because immediate care may prevent permanent disability or death.

A 29-year-old G1P1, 24 weeks gestational age, with a past history of hypertension, was referred to the emergency department for persistent frontal headaches, which she described as dull in nature, beginning while in the shower. was examined. She complained of persistent pain in her back and her left leg, intermittent blurred vision, and double vision. An obstetric ED workup revealed a 24-hour urine protein of 458 and a consistent ratio of systolic blood pressure of 150/80 to her 0.28, confirming the diagnosis of pre-eclampsia with severe features. narrowed. While admitted to her perinatal unit, she received a loading dose of betamethasone 12 mg, magnesium sulfate 4 g, followed by her 1 g/h, labetalol 20 mg IV, and hydralazine 10 mg IV. rice field. Despite optimal medical treatment and blood pressure control, the patient continued to complain of intractable headache and again experienced transient diplopia. The ophthalmologist performed a fundus examination and determined it was inconsistent with papilledema. A neurologist evaluated the patient. She did not appear to have had her intracranial hemorrhage. Her MRI of her brain showed no acute findings. There was no contrast on the angiography revealing an aneurysm or aneurysmal bleeding, so it is possible that MRI did not reveal acute findings. It was considered preeclamptic by a member of the treatment team, including neurology and ophthalmology. On the third day of her hospitalization, the patient underwent a low transverse caesarean section (LTCS) using spinal anesthesia due to persistent headache and elevated blood pressure despite optimal medical management. She experienced no complications during or immediately after surgery.She delivered her 6/8th her 1 pound and her 6 oz. I received She continued to receive magnesium sulfate after LTCS for 24 hours after her delivery. On the first postoperative day, her headache persisted. However, she showed no acute changes on neurological examination. I had an episode of hypertension that resolved spontaneously after receiving A few hours later she began to feel nystagmus in her left eye and complained of her headache. CT head and computed tomography angiography (CTA) (Fig. 1, 2) ordered a thorough examination. She also met criteria for systemic inflammatory response syndrome (SIRS), and empiric antibiotics were started along with evaluation for sepsis. A CT scan was highly suspicious of meningitis, and the CTA results revealed a leaking aneurysm. 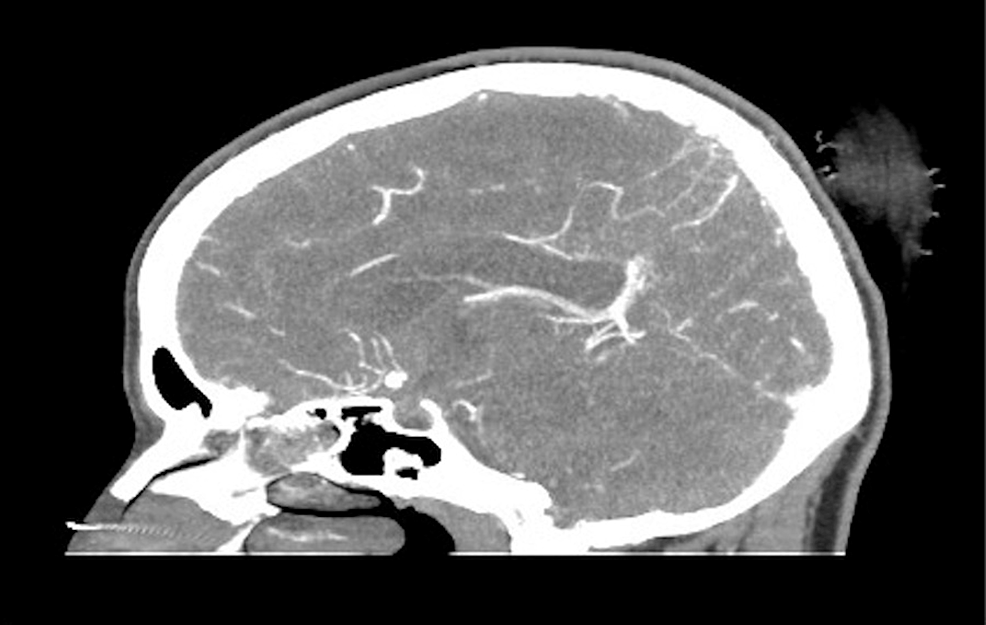 The OB team called a staff neurosurgeon for recommendations, who reviewed the scan and recommended immediate transfer to higher level of care. The patient was transferred within 1.5 hours of her on magnesium sulfate and nimodipine at the recommendation of the receiving physician and neurosurgeon. On arrival, the patient was febrile, with a T-max of 103, and immediately initiated arctic solar surface cooling. Neurological examination revealed increasingly abnormal findings. She now exhibited her apathy, weakness in her bilateral lower extremities, and partial abduction paralysis of her bilateral eyes. She underwent emergency cerebral angiography and anterior communicating artery (ACA) coiling, complicated by diffuse severe vasospasm during surgery. This facilitated intra-arterial (IA) milrinone in the bilateral internal carotid arteries (ICA) and bilateral ACA. One day after her intervention, she remained comatose, on a ventilator, and chemically sedated with propofol for uncontrolled tremors. However, on her neurological examination, she was intermittently able to follow her simple instructions, but had considerable delay and remained mute.She was given her 3% sodium chloride administration. She continued to produce excessive urine despite starting She required placement of her external ventricular drain because fluid accumulation in her brain progressed causing hydrocephalus. Despite her previous intervention strategies, she required additional treatment with her IA of the bilateral ICA and left middle cerebral artery (MCA) with milrinone, followed by primary angioplasty of the left MCA and left ICA. and A repeat CT head showed a stable appearance of SAH, progression of cerebral edema, and bilateral orbitofrontal cortex hypodensity progression. Her CT pelvis showed concern for endometritis on postoperative day 4.

Cerebral angiographic findings on postoperative day 7 included bilateral ICA and diffuse vasospasm in the right ACA, prompting therapeutic escalation to balloon angioplasty. She tolerated the procedure well and her radiographs after her angiography showed resolution of her vasospasm. She required additional aneurysm coiling that resulted in complete occlusion of the aneurysm. After her intervention, she remained lethargic and had difficulty arousing.Her MRI of the brain showed diffuse bilateral ischemic stroke in her ACA region, and CTA revealed resolution of the aneurysmal subarachnoid hemorrhage with unaltered ACA coil embolization. (Fig. 3). 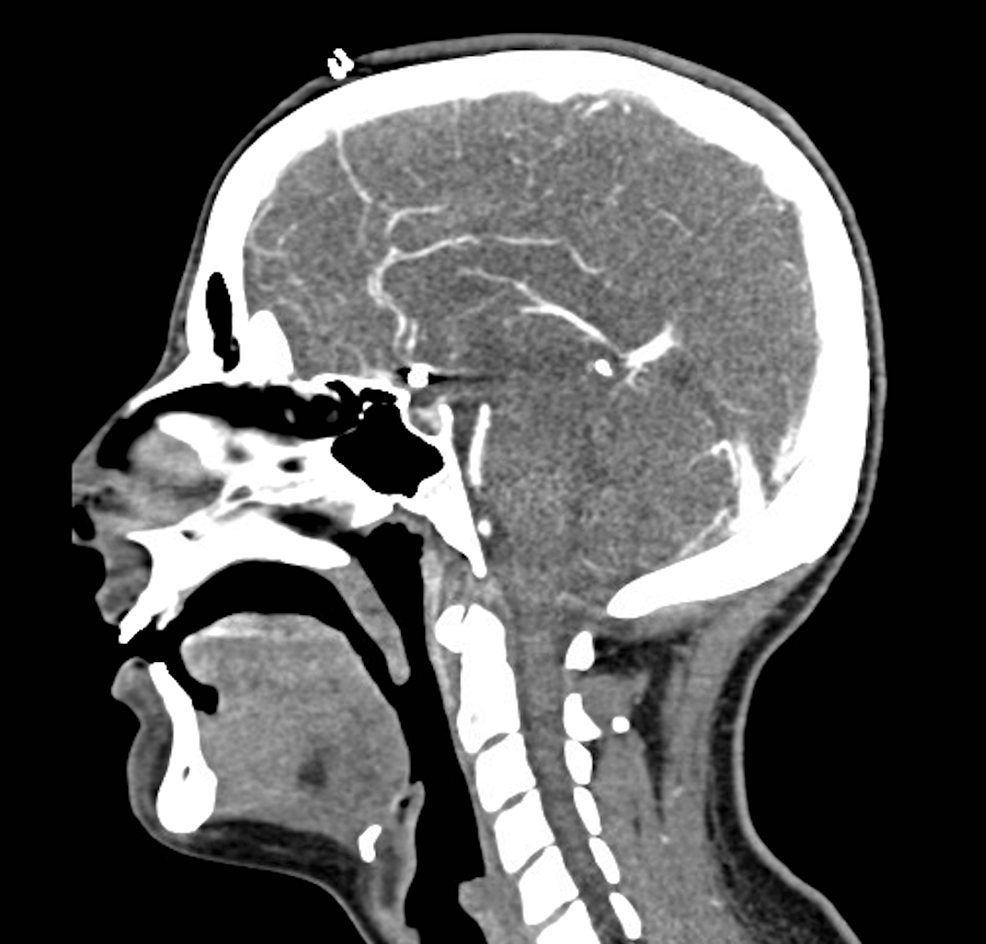 Fortunately, she did not require further intervention and spent the next 18 days under medical supervision at a tertiary care center before graduating from inpatient acute rehabilitation and achieving autoregulation of cerebral blood flow. continued to take captopril 50 mg three times daily (TID) to restoreby suppression of the renin-aldosterone system [9]During inpatient rehabilitation, she overcame weakness, numbness, tingling, and left proximal leg pain in her left leg along with sciatica on her right side for 25 days using a combination of physical and occupational therapy. bottom. She made significant progress during her physical therapy sessions during her hospital stay, and went on an outpatient day during her rehabilitation to address residual cognitive and functional impairments, including her ability to perform activities of daily living (ADLs). has moved toOutpatient magnetic resonance angiography (MRA) (Fig. Four) was performed 3 months after her initial admission, showed no residual filling in the aneurysm, and she now undergoes an outpatient MRA approximately every 3 months. Although she made an almost complete recovery, her cognitive deficits weakened and her processing of information was delayed. But she learned to perform ADLs again, including mothering a boy she spent 100 days in the neonatal intensive care unit. 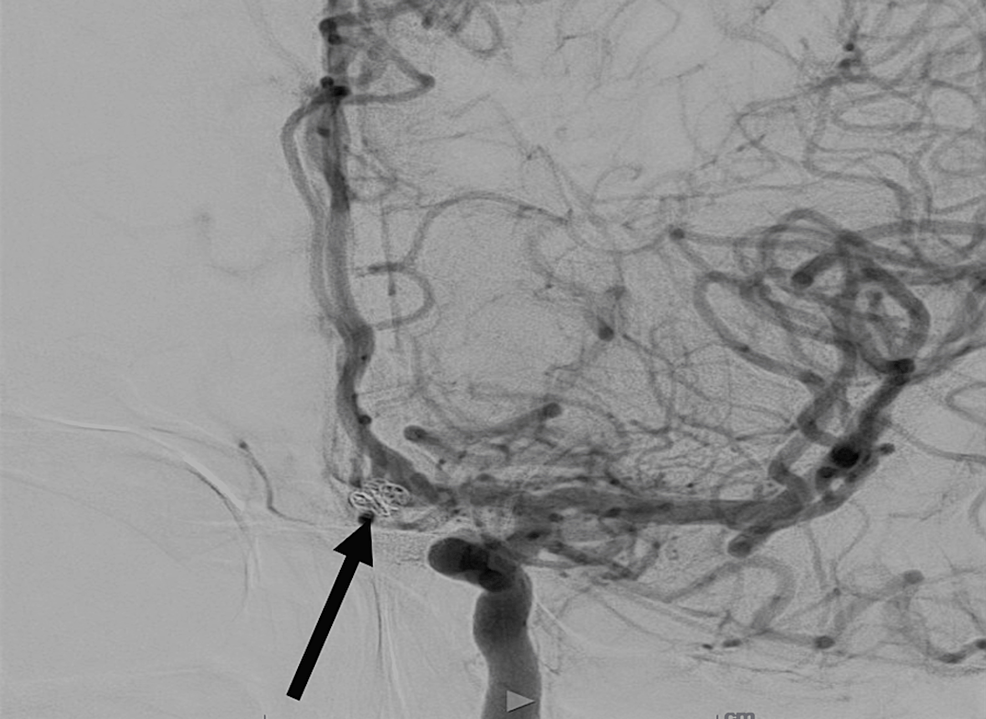 Stroke accounts for 12% of all maternal deaths [10]In pre-eclamptic patients, stroke accounts for 50% of all deaths related to brain complications. [11]Studies are currently being conducted in women with pre-eclampsia and other gestational hypertension to see if treatment should be initiated for the purpose of primary prevention of stroke. [12]The risk of stroke increases in the perinatal period due to multiple physiological features inherent in pregnancy. Increased venous compliance and stasis are seen due to increased progesterone levels. Near the end of the third trimester, this reaches a maximum. This is comparable to maximal compression of the pelvic veins by the fetus. Increased estrogen production also increases procoagulant factors such as factor VII and factor X, and prothrombin. In addition, activated protein C (APC) tolerance is increased and protein S levels are decreased.Plasminogen activator inhibitors are produced by the placenta and reduce the function of endogenous tissue plasminogen activator [13]Cardiac output increases by 45% in parallel with a 30-50% expansion of intravascular volume during pregnancy.Due to limited evidence, it has been argued that these changes described above may influence the expansion of cerebral aneurysms and cerebral arteriovenous malformations. [14,15]Vulnerability to hemorrhagic and ischemic stroke during the perinatal and postnatal period may therefore be due to these physiological changes in the cerebral vasculature.Animal studies show cerebral artery remodeling and capillary proliferation in late pregnancy [16]Studies in preeclamptic rats have found increased blood-brain barrier permeability, neuroinflammation, and brain autoregulatory dysfunction, possibly leading to an increased predisposition to both hemorrhagic and ischemic strokes. [17,18].

Both maternal morbidity and mortality are rising in the United States, and maternal stroke is an increasingly important cause. Our understanding of the aspects and features that can lead to maternal stroke is unclear and contains many holes. There are no calculations or formulas to help identify which patients are most at risk. This allows us to classify women who need closer monitoring. Furthermore, estimates of maternal stroke risk, especially recurrent stroke, are poorly quantified. The multifaceted pathophysiology of pre-eclampsia and other hypertensive disorders of pregnancy, and their impact on the cerebrovasculature, require further research and investigation. Maternal stroke risk factors, identification, and interventions need to be seriously addressed to reduce maternal morbidity and mortality.