On December 7, 2021, a little over a month after the birth of my daughter, Maeve, I was at home with my husband. We had just finished dinner and were resting in the living room. At one point he walked away and when he came back he found me lying on the floor. I couldn’t remember how I got there, but apparently I kicked off the coffee table and I was really passed out.

I got up in a daze and decided to take a shower. I was sitting on the couch and my hands were starting to shake. I realized that I could not control my hands and flew straight into the air as if I had my hands up. I remember watching it with terror because losing control of any part of my body was terrifying.

The baby had just been born and I thought it had something to do with some crazy postpartum complications, so I didn’t panic. I’ll let you know.” I didn’t think it was urgent enough to call an ambulance. The hospital was just two minutes from his home. We asked her sister to come see the baby. As she was driving her car, her arms started shaking again, and she told her husband, “It looks like it’s up again.” It was then turned off.

Later, I learned that the tremors I felt in the living room were partial seizures, also called focal seizures, which started in one part of the brain and can spread to other areas. When it stopped, it developed into a tonic-clonic seizure.

Until that day, I had never had a seizure in my life.

When I woke up with a seizure on my way to the hospital, they asked me all sorts of questions about who I was and where I was. I was taken to the emergency room where I had another seizure, after which I remembered nothing. I remember being put in an MRI machine and being told to stay still. I was horrified and had no idea what was going on.

Doctors were coming in and out of my room, but it felt like they weren’t really there. I was transferred to another hospital with a neurological intensive care unit, but I don’t remember it at all. When I was actually there, about two days after being moved out of the ICU, I had a neurosurgeon in my room. She thought it was most likely a brain tumor.

I said, “What are you talking about? Of course it’s not a tumor. It’s definitely related to my pregnancy. Why are you saying it’s a tumor? I just had a baby. There’s no way.”

So after I was discharged, my sister, who worked at the West Coast Brain Tumor Research Center, sent an MRI of mine to a former colleague, asking him to confirm if I had a brain tumor or something else. . When one of their surgeons said she wanted to talk to me, I found out it was probably a tumor. 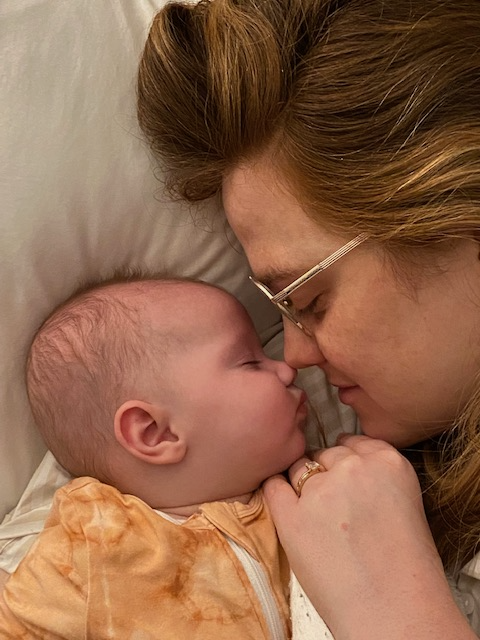 A neurosurgeon from the University of California, San Francisco called and said he thought it was a low-grade glioma called an oligodendroglioma.

A glioma is a type of brain tumor that originates from glial cells that surround and support neurons in the brain, including oligodendrocytes. He said he definitely didn’t want a brain tumor or a glioma, but I had a slow-growing glioma, which I should be grateful for.

I’m crazy. I’m a new mom and just wanted to focus on that. I wanted to know the best boob cream and diapers for babies. I didn’t want to focus on finding a neurosurgeon. 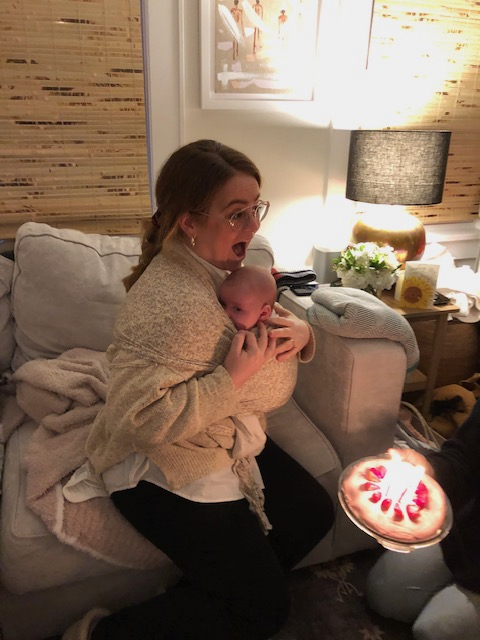 This was taken on my 35th birthday, just over a month after my hospital stay, 2.5 months after my first birth, and 5 days before my brain surgery.

But I knew I had to work. My sister, my mother, and the entire network helped me stay on track and interview neurosurgeons and neuro-oncologists. I asked if the pregnancy was related to the tumor and she said it could be. I have also seen many women in the brain tumor community diagnosed recently after giving birth or within a year or two after giving birth. Hormones may have contributed to its growth.

And lack of sleep is a trigger for seizures. Getting very little sleep while caring for a new baby and experiencing pregnancy-induced hormonal fluctuations may have revealed my brain tumor. So it’s like my daughter saved my life.

My daughter was only 3 months old. It was very emotional that she had to break up with her and have this surgery. I was so scared, but so determined. 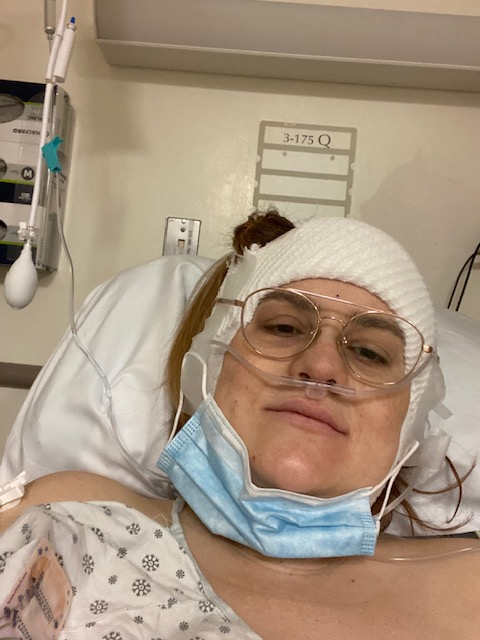 They removed most of my tumor, but there is a small part of my motor cortex (which controls body movements) that was not touched. It’s like a firework with specks on the outside. Even if the surgeon removed every cell he saw and left me paralyzed, he still wouldn’t have it all. was treated with radiation and chemotherapy.

I just finished my last cycle of chemotherapy in December 2022. It’s been a long process. In each round, you have to take chemotherapy drugs for 5 days and wait 28 days before the next round. body to recover. I had to have weekly blood tests to monitor my red and white blood cell counts. I continue to have MRI scans every two months to keep an eye on any remaining tumor cells and to make sure they haven’t changed. 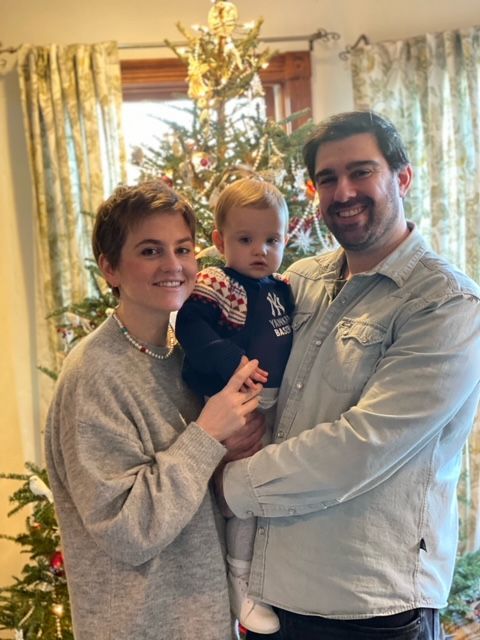 I just finished my last round of chemo just before Christmas. Perfect for babies just starting to walk! I look forward to getting stronger each day of the New Year and taking time to nourish my body with love, exercise, nutrition, and lots of laughter and patience.

They never talk about whether the brain tumor is in remission. Because there is basically always a brain tumor and it can grow at any time.

It’s something you have to live in peace with. That’s why I try to do everything I can to advance medical research on oligo treatments while taking care of my health as best I can. You can help raise awareness. 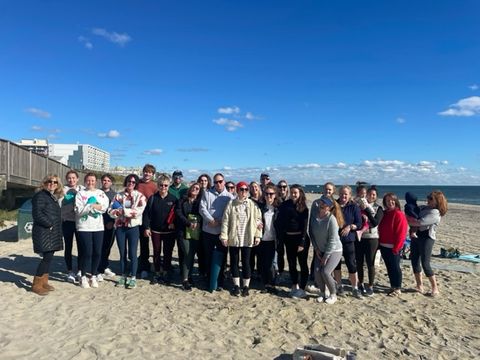 Beach yoga organized by family and friends for my team “Mo’s Brain Sparkle Cure Squad” during the Oligo Nation All Stars Fundraiser. This is a multi-month event to raise funds for oligodendroglioma research through his non-profit Oligo Nation.

I found an organization called Oligo Nation founded by a father whose two sons both have Oligo. We are focused on supporting research that may lead to new treatments. This is surprising because most recurrences occur he 5-7 years after the first recurrence.

If it doesn’t recur, that’s great. But don’t just sit and wait. And I want to help others who may have a relapse. 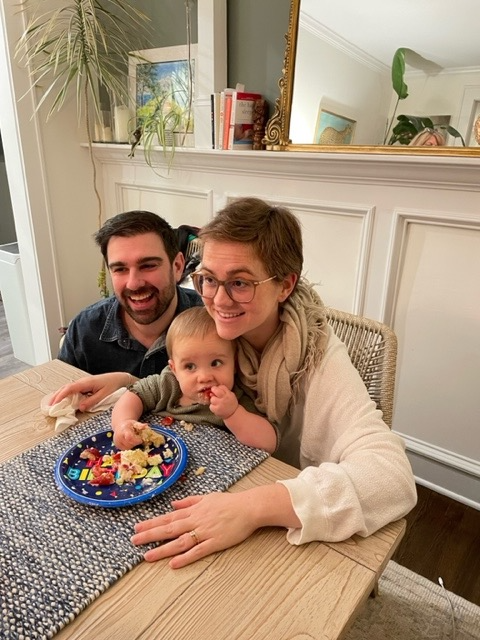