LOVE Island star Shaughna Phillips opened up about the pain of pregnancy that kept her up all night.

The reality TV contestant, who is currently pregnant with her first child with boyfriend Billie, said she was feeling a lot of discomfort in her lower back when she tried to sleep.

Shona, 28, said her discomfort woke her up many times during the night.

The mother-to-be asked her fans for help, saying, “It hurts like hell.”

Looking grumpy, Shawna shared a photo from her bed and wrote,

“My hip doesn’t lie, but it hurts like hell.

“How should I sleep for the next 12 weeks? Send me help.”

Shauna’s hip pain came after she told fans she was taken to the hospital with “worrying pains in her stomach.”

Posting a picture of her heart rate monitor, she told fans she was in pain “for the last few days” and was worried.

“I came to the hospital this morning because I’ve been having some strange pains in my stomach for the last few days and I’ve been worried,” Shawna told her followers.

“My baby is happy and chilling, but I have an infection that needs treatment.

“I’m always scared that I’m wasting my time in the hospital, or that what I’m feeling when my body is nursing a baby is normal, but I’m glad I listened to my instincts. is.”

Shauna is currently expecting her first baby with her mysterious boyfriend, Billy.

The star revealed her pregnancy by posting a video of her ultrasound on Instagram — and fans continued to speculate on the child’s gender and name.

Many were convinced she would choose to name the baby after her late father, Edward, but she has now confirmed that is not the case.

The star revealed the heartbreaking reason why she didn’t plan on naming the baby after her late father.

“My father’s real name is Edward, but people called him Eddie. I don’t know if I can say my father’s name every day.”

Taking to her Instagram story, the star revealed her name choice as part of an all-fan Q&A. 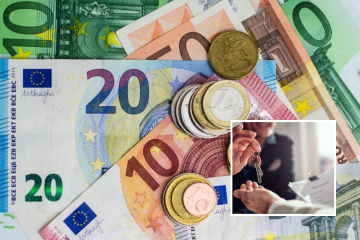 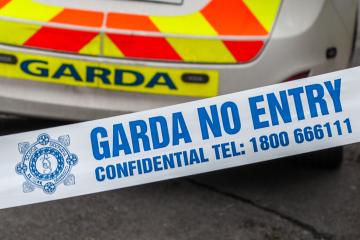 “Have you decided on your baby’s name yet?” asked one fan, Shauna replied, “If it’s a boy, the baby will be named after his father, so it will be Billy.

“We’re keeping the girl’s name a secret, but it’s not a sentimental name, it’s a name we both love.”