Both a Michigan teen and a pregnant mother of two have been identified as victims of a massive 46-vehicle pile-up on the Ohio Turnpike that claimed four lives.

Also in Ohio, a 22-year-old lineman died on December 23 while attempting to repair power lines in Lawrence County.

A devastating winter storm continues to ravage the United States, claiming a total of 57 lives as of Monday night, many from eastern states.

In Erie County, New York, where Buffalo is located, winter-related incidents killed 27 people throughout the storm.

Emma Smith, 19, was one of four people killed in the Ohio pileup. 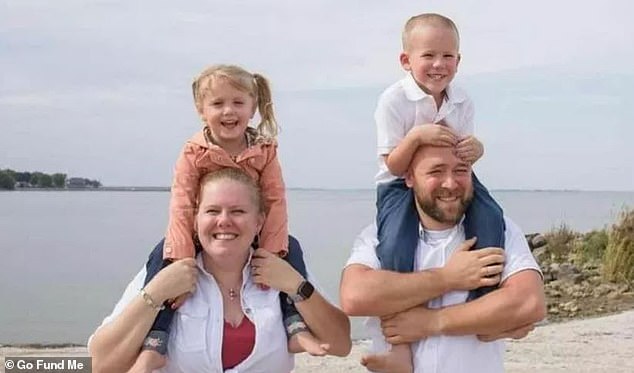 The pregnant mother of two Julie Ross, 37, also died in the crash on Friday.

The pileup occurred in Groton Township along the east side of the Ohio Turnpike just after 12:30 on December 23rd.

Smith was identified on Sunday after the Dec. 23 crash.

On Monday, family and friends described the Michigan teenage boy, a community college student, as a “kind soul” who “was always there for people.”

In a post on Monday, Emma’s father shared the news of her death and asked friends to share Emma’s story in their grief.

“Details of her end-of-life services will be available here shortly. If anyone wants to share Emma’s amazing story for my family,” the father wrote.

“I know she was the light of your life. There isn’t much I can say to anyone to ease the pain of this loss, but please know you are my thoughts.” While you are grieving, I will keep you and your family in my heart,” one person commented. 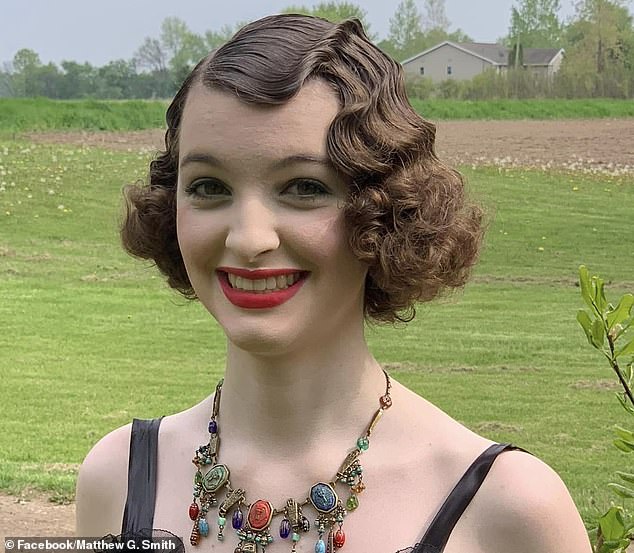 Smith was “always there for people,” a friend said, recalling his teenage years 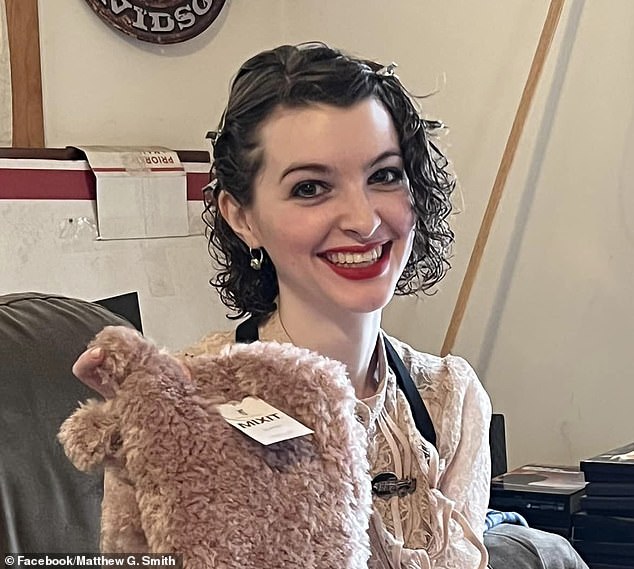 A friend described the 19-year-old as a “gentle soul.”

A pregnant Ross also died in a pile and was in the car with her two children at the time of the incident.

Julie and her unborn baby died, but her children survived, according to a GoFundMe created by sister-in-law Chris Ross.

“I am writing to ask for support for my family after suffering a devastating loss,” Chris said.

“Thankfully, her two children survived, but suffered injuries in the accident. 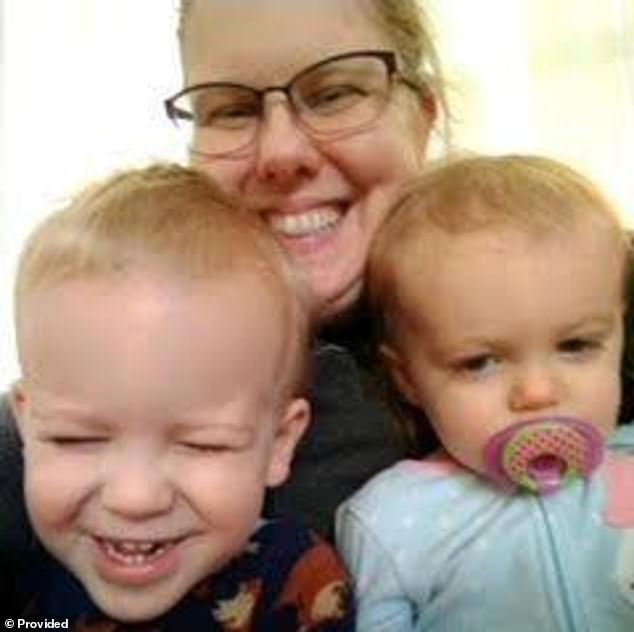 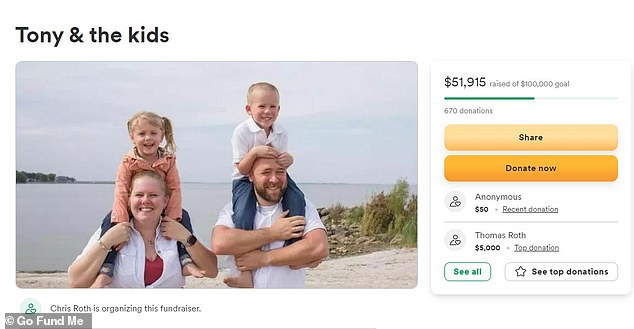 A GoFundMe launched for Julie Ross’ husband and children has raised more than half of its $100,000 goal as of Monday night

Bernard M. Broniers, 59, was also identified over the weekend.

A fourth person who died in the crash has yet to be announced as authorities continue to work to notify next of kin.

“Weather is believed to have contributed to the crash. The crash is under investigation at this time,” said Sgt. Parpra said after the crash.

“I’ve never seen anything like this before,” said the 30-year veteran of the Toledo Fire and Rescue Service. “He’s one of the worst incidents I’ve ever dealt with.” 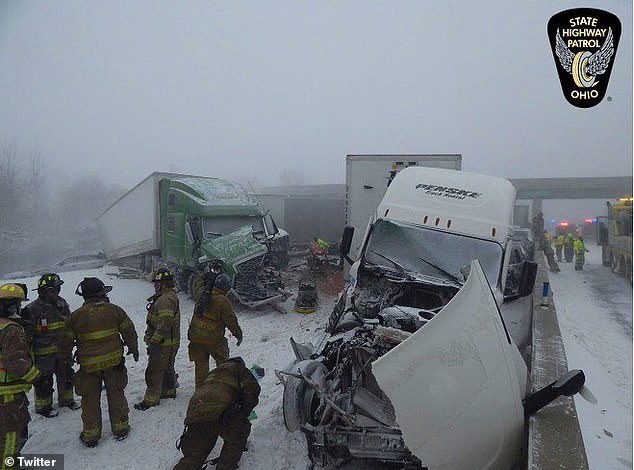 The crash occurred Friday afternoon at the Turnpike in Ohio 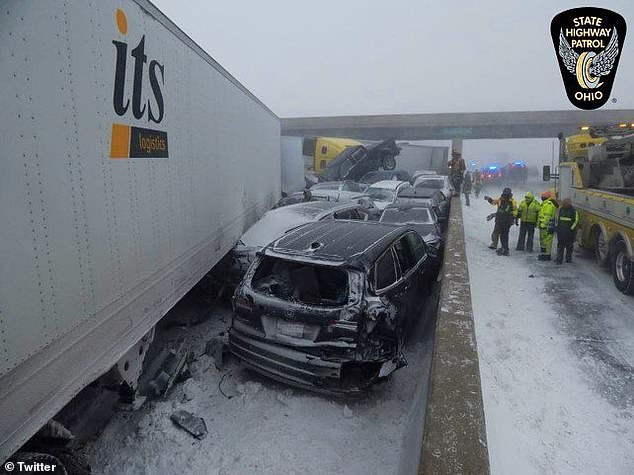 46 vehicles caught in a pile 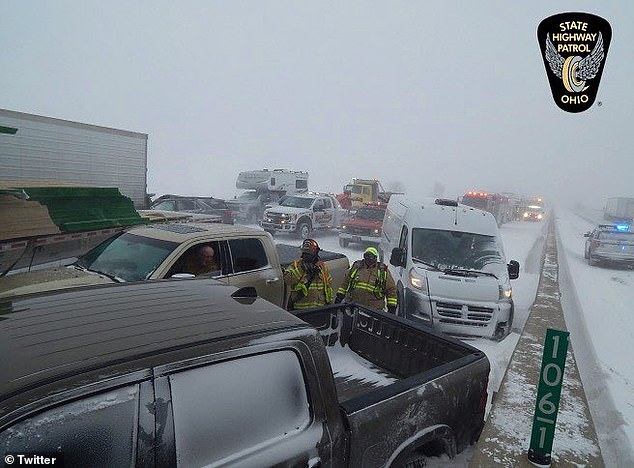 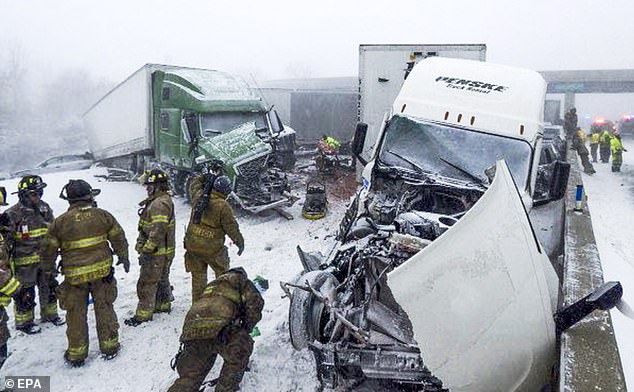 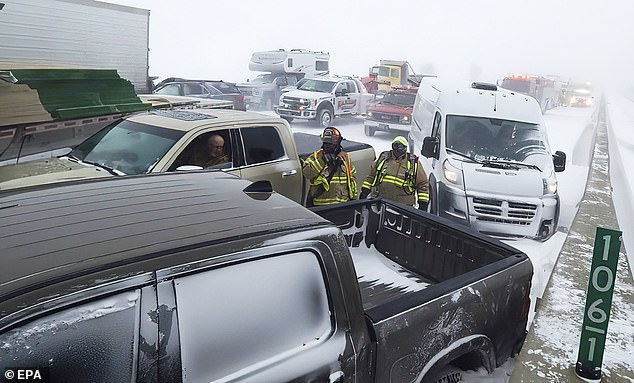 One Toledo EMS employee described it as “one of the worst incidents we have ever dealt with.”

In another area of ​​Ohio, a lineman repairing power lines died Friday in an “electrical contact accident.”

Rogers was working to restore power in Lawrence County when he died shortly after 10:15 a.m. during a winter storm.

The company was unable to provide details of the incident.

In a Facebook post, the company said, “The safety of our field workers is always our top priority, especially when working in such hazardous conditions. 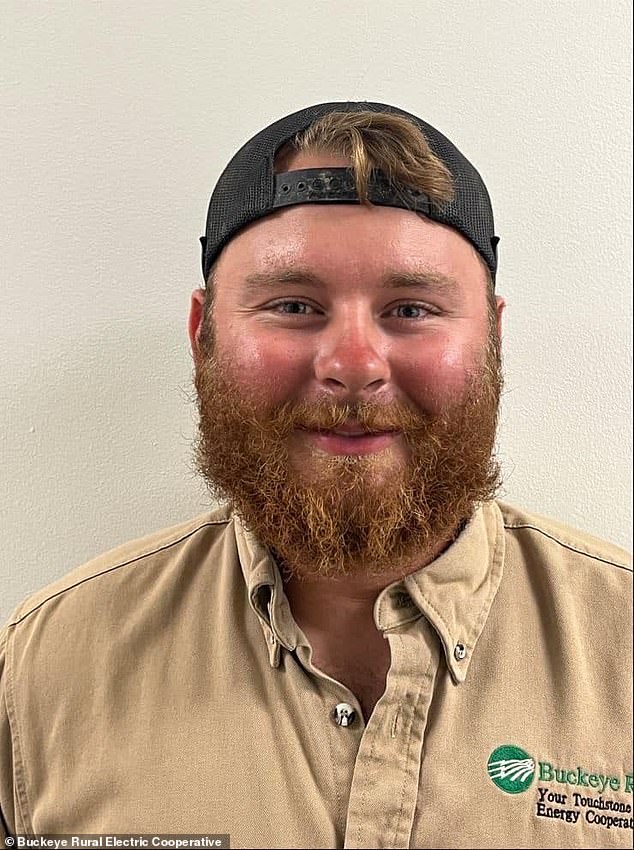 Rogers’ family remembered him in a commemorative post on social media over the weekend.

“I’ve loved everything about Christmas so far,” said her mother, Brandy Hale.

Her mother wrote on Facebook, “I will forever be afraid of this as it reminds me of the days I lost you.

Hale called her son “the greatest gift” and urged friends and family to “hold their children a little tighter.”

Across the United States, nearly 60 people have died as a result of winter storms.

Fatalities have been recorded in a dozen states.

Colorado, Illinois, Kansas, Kentucky, Michigan, Missouri, Nebraska, New York, Ohio, Oklahoma, Tennessee and Wisconsin all report at least one death during the storm It has been.

The incident has been described as a “once in a lifetime” weather event. 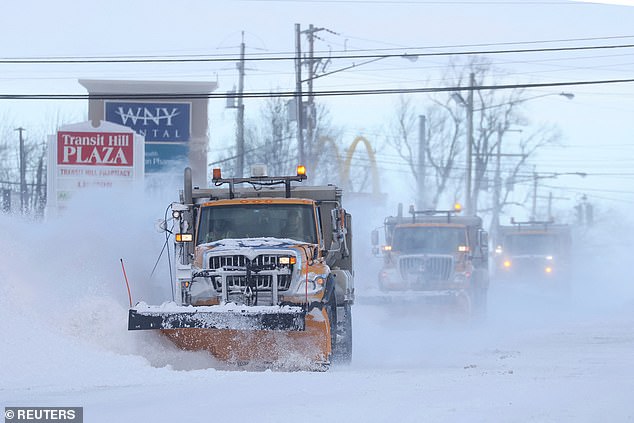 The devastating storm that hits the US continues to rage, with 57 confirmed dead now 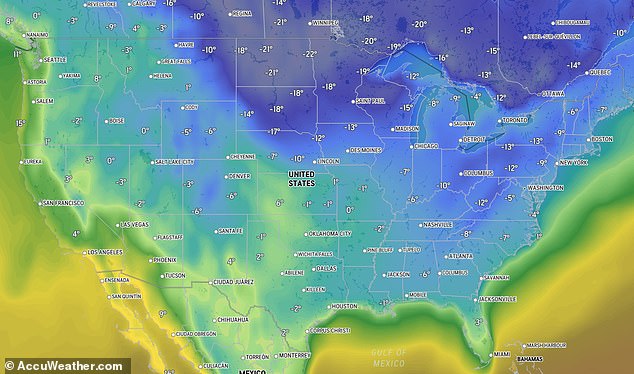 Weather charts show freezing conditions across much of the country today 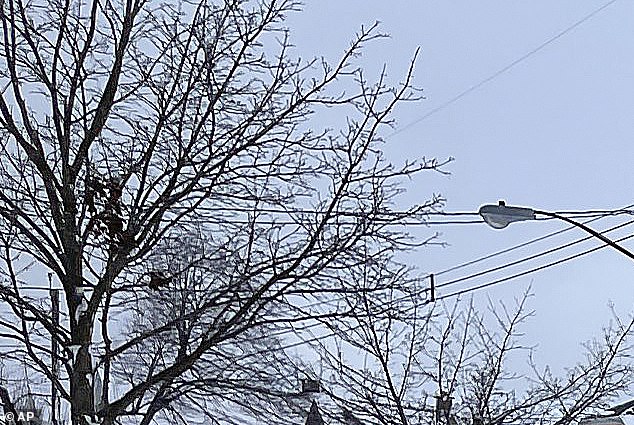 A man clears snow from his home in Buffalo on Sunday.Four people found dead in snow bank and his car 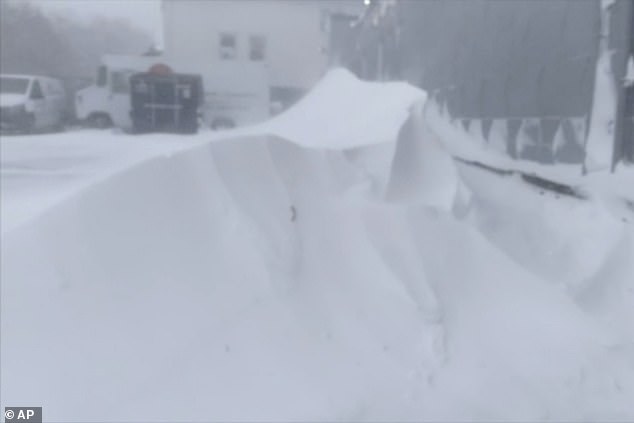 One of, if not the hardest-hit areas, is Erie County, New York.

Snow is expected in the county through Tuesday.

“You can see some kind of light at the end of the tunnel, but this is not the end yet,” Polonkatz said. “We are not there.” 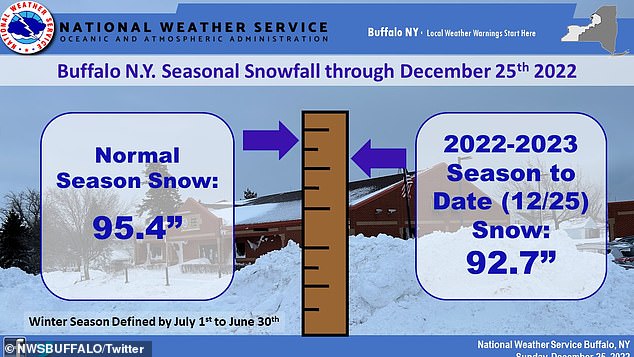 Unfortunately, @ECDOH The coroner confirmed another two deaths from the blizzard. The total death toll is now 27. Of these:
– 3 were due to EMS delays.
– 14 were found outdoors.
– 3 cases were due to shovel/blow cardiac events.
– 4 had no fever. &
– There were three people in the car. pic.twitter.com/Om996bJMoo

As of Monday morning, the Buffalo airport saw more than 49 inches of snow during the historic winter storm.

The Buffalo National Weather Service reported Sunday that the area has already had 92.7 inches of snow so far during the 2022 season.

“A very snowy start to the season with a lake effect event focused on Buffalo Airport and its surroundings,” NWS Buffalo tweeted Sunday night. Not only is it the biggest snow cover to start the season, it is just 2.7 inches behind the typical season-wide snow cover.” 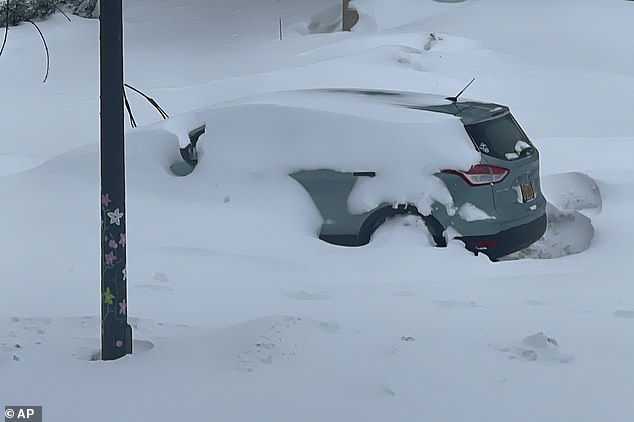 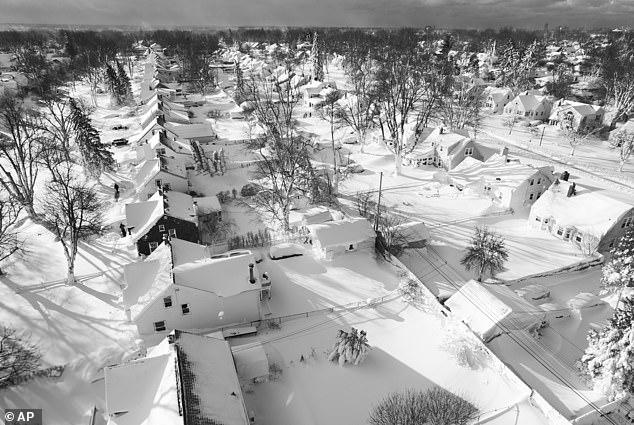